Here you will find the story of True North Missions Society, our board members, and further details about the financial history of the organization. 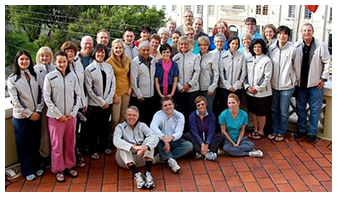 In January of 2007, Dr. Jim Powell and Mrs. Gail Evans,ORT, traveled to Ecuador for the first time as part of a mission led by Dr. Tom Greidanus. Dr. Greidanus had been leading a mission to Cuenca, Ecuador for roughly 10 years at that point in time. The team had several components to the mission including providing total joint replacement of the hip and knee joint and dental care to some of the poor in Cuenca.

Patients were identified by Dr. Manuel Avila in Cuenca. He is a family physician who looks after the poor in Ecuador and had previously convinced Dr. Greidanus to bring a volunteer medical team from North America to Cuenca. One of the main tenants of the mission has always been to provide care to poor people who would not otherwise have access to medical care.

Dr. Powell had been invited by Dr. Greidanus to join the mission because of his interest in reconstructive surgery for a common hip problem in Ecuador, acetabular dysplasia. Because of the manner in which young children are swaddled, there is high incidence of this problem. If the problem is identified early, it is possible to make several cuts to the pelvis and reorient the hip socket either preventing or delaying the onset of arthritis. It was for this reason that Dr. Powell and Mrs. Evans traveled to Ecuador, that is to explore and possibly start a program of pelvic ostectomies to augment the total joint arm of the mission.

A third arm of the mission was provided by a pediatric team from Calgary led by Dr. Jim Harder and Dr. Elaine Joughin. Dr. Harder and Dr. Joughin and team provided care to poor patients with pediatric problems including hip dysplasia. The pediatric team continues to travel with Dr. Greidanus and are working on developing an education and prevention program.

On our first mission an appropriate facility was identified and a 13 year old patient who previously had four procedures on her hip was operated on by our team. Fortunately, she has had a good outcome to this point in time and is now a happy teenager continuing with her school. One other patient was operated on, during that first a mission. The patient was a 20 year old woman with a new born who had a previous infection and an unhealed fracture of her tibia - a major lower leg bone that runs from the knee to the ankle. The procedure was performed to stabilize her unhealed tibia. This patient has subsequently been assessed, her tibia is healed, and she is now raising a happy and vibrant young daughter.

In subsequent years, three and then six patients were able to receive peri acetabular osteotomies. 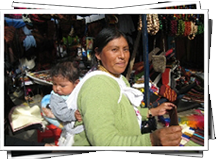 Dr. Robert and Mrs. Donna Bourne traveled with the mission group to Cuenca last year. Dr. Bourne is recognized across the world as a leader in hip and knee surgery with particular expertise in complex hip reconstruction. In addition to the six patients who received realignment procedures for the hip joint last year Dr. Bourne undertook six very complex total hip replacements that would not otherwise be possible or made available. These patients are being monitored in Ecuador and are currently doing well.

As the size of the mission led by Dr. Tom Greidanus had grown to over 60 volunteers, Dr. Bourne and Dr. Powell felt that taking a team dedicated to the alignment osteotomies and complex total hip replacements at a separate time would potentially allow more patients to be cared for. Dr. Bourne and Dr. Powell recognize Dr. Greidanus's excellence in leadership and his compassion for the poor. Dr. Greidanus will be leading the Edmonton team and the pediatric team in January, 2010. Dr. Bourne, Dr. Powell and the medical team travelled back to Cuenca, in April of 2010 to continue their work. Upon another successful mission, True North continued fundraising to revisit Santa Ines Hospital in Cuneca for April, 2011.

In October, 2011, Dr. Powell and his friend, Larry Henke, returned from a scouting trip to Tanzania. While there for approximately 6 days, they visited the Kilorphanage in Arusha and the Bugando Hospital in Mwanza, Tanzania. The Bugando Hospital consists of 900 beds for a area population east of Arusha of 14 million. To date, True North Missions will be deciding how we can assist the people of Mwanza.

For Mission 2017, 35 volunteers signed up for the trip to Cuenca. The team travelled from February 22 to March 4, 2017. Gross revenues generated for the mission this year were $118,090. The fundraiser event (incl: raffles and designated donations) generated $24,298 net of related expenses. General donations were $75,025. The direct mission costs were $87,501 and overhead (including equipment storage) was $6,282. The funds generated for earthquake relief in Ecuador in 2017 were donated to Club Rotario de Yanuncay for purposes of building a water tower. It was essentially a breakeven year with income of $178.

This year, 38 volunteers joined the mission to Cuenca from March 9 – 19, 2016. Care was provided to 27 patients. Thanks again to donors, supporters, and volunteers whose generosity generated gross revenue of just under $128,000. Direct fundraising efforts (silent auction dinner and raffles) netted $37,551 after expenses. Remaining general and Ecuador earthquake relief donations amounted to $75,235. Mission costs were $116,628 and overhead (including equipment storage of $2,700) was $7,499. Fiscal loss at the end of the year was 11,340. Surplus from the prior year were utilized to purchase much needed surgical tools/supplies.

This year, 37 volunteers from True North Missions Society joined the mission to Cuenca from February 25 - March 8, 2015. On this mission, the True North Missions Team provided care to approximately 20 orthopedic patients (and their families). Thanks to our many donors and supporters, this year's fundraising efforts brought in total revenues of $171,250. The annual dinner and auction raised $64,312 which covered the event cost of $10,780. Total donations of $106,939 made up the remainder of the fundraising revenues. This year's mission costs (including supplies & instruments) amounted to $100,909. General and administrative costs were $5,317 (incl: credit card commission fees of $1,666).

This year, 37 volunteers from True North Missions Society joined the mission to Cuenca from May 10-20, 2014. Approximately 23 orthopedic patients (and their families) were helped by the True North Missions Team and an additional 30+ general surgery and eye surgery patients (combined) were also helped by our much larger 2014 Team. An extremely successful year of fundraising brought in total revenues of $102,836. The annual dinner and auction raised $36,856 which covered the event cost of $9,174. Total donations of $65,980 made up the remainder of the fundraising revenues. To match the growing scope of the annual True North Mission to Ecuador, mission expenses (including instrument purchases) rose to $103,929 in fiscal 2014. General and administrative costs remained low at $3,686 (incl: credit card commission fees of $1,266). The overall operations were in a deficit for the year but this shortfall was funded in large part by opening cash in the bank of $11,581.

This year, 22 volunteers from True North Missions Society joined the mission to Cuenca from April 9-18, 2013. More than 30 patients (and their families) were helped by the True North and Operation Walk teams. Successful fundraising brought in total revenues of $68,174 which more than covered the cost of the annual charity dinner/auction at $11,846. This left $57,299 to fund the $57,246 cost of the mission and $2,074 in administration expenses. Funds raised in the prior fiscal years carried the charity through the 2013 deficit.

Once again, 14 volunteers from Calgary set off on April 9, 2012 for Ecuador. The combined True North Missions Society and Operation Walk teams conducted 32 surgeries during the 10 day mission. Fundraising efforts in the year brought in a total of $55,794. Annual fundraiser event cost was $11,503. Administration expenses for charity fees, insurance, supplies, and website remained low at $1,900. Total cost to True North Missions Society of the Ecuador mission was $35,942. Also, within the 2011/2012 fiscal year, a scouting mission to Africa was undertaken to explore the potential for providing medical assistance in Mwanza, Tanzania. The charity incurred $7,274 towards development of the Africa mission including shipping of much needed surgical instruments to be utilized by local doctors in Tanzania.

We needed to raise approximately $49,000.00 to cover our budget for the next Ecuador mission scheduled April 7-17, 2011. We met our goal with $60,107 in gross fundraising revenue and donations. Event costs were $11,091 and administration was $1995. Calgary’s 14 volunteers participated in the April 2011 mission along with Operation Walk who were, once again, led by Dr. Bob Bourne, of London, Ontario, and his medical team plan on joining True North Missions again in Cuenca, Ecuador. 28 surgeries were performed on this mission, including 5 complicated hip surgeries. 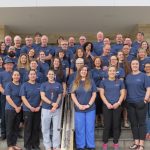